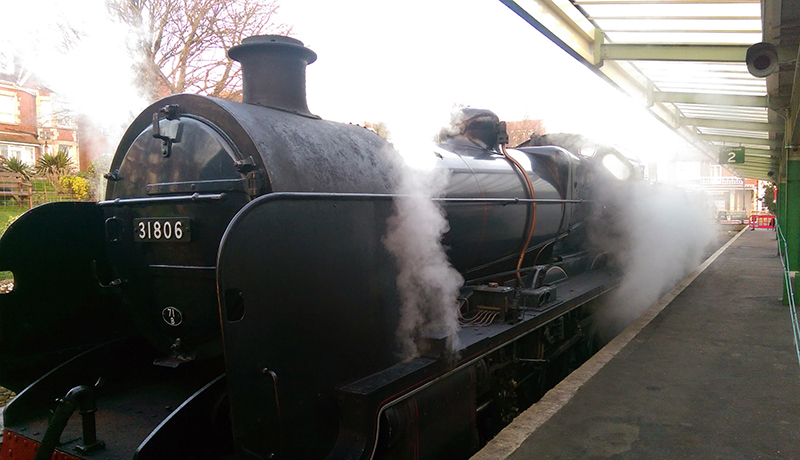 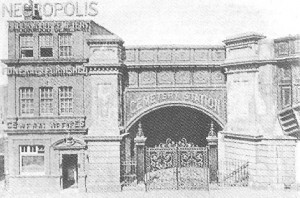 Third Class were buried at parish expense in a section of the cemetery designated for that parish; this was known as a Pauper Funeral. No permanent memorials were allowed. 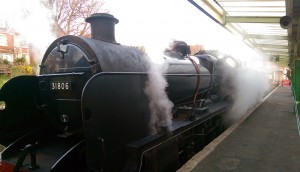 A First Class Experience
If you chose first class, you would enter through a driveway under the office building. Under a glass canopy, you would be greeted with glazed white brick, palm and bay trees, and pass mortuaries and storerooms to reach an elaborate wrought-iron staircase. Arriving at the upper level, you would enter a sumptuous oak-panelled Chapelle Ardente, intended for mourners who were unable to make the journey to Brookwood to pay their respects to the deceased. You would then go to the first class platform, lined with five separate waiting rooms for individual funeral parties and a ticket office. Here you would wait for the train to take you to the burial site.

Make Space Studios next to the disused Necropolis track at Waterloo

The Demise of the Necropolis Railways

Originally the service was meant to run daily, but the train only ran if there was at least one first class coffin or passenger. The service would be cancelled if there were only second or third class coffins to be carried; they would have to wait until the next service. By 1902, the daily service had discontinued and trains ran only as required.

During the Second World War, Waterloo station and the nearby Thames bridges were a significant target. During the night of 16 April 1941, bombs repeatedly fell on the Waterloo area. The rolling stock stored in the Necropolis was burned, and the railway arch connecting the main line to the Necropolis terminus was damaged. On 11 May 1941 the station was officially declared closed.

Come see it for yourself!
The Necropolis line is re-opening for 5 nights only. From 4 – 8 Feb 2015, join us on a journey around Lower Marsh and venture down underground into the Leake Street Vaults to explore the inevitability of death.

It’s time to plan your funeral.

Rehearsals for A First Class Death are in ...