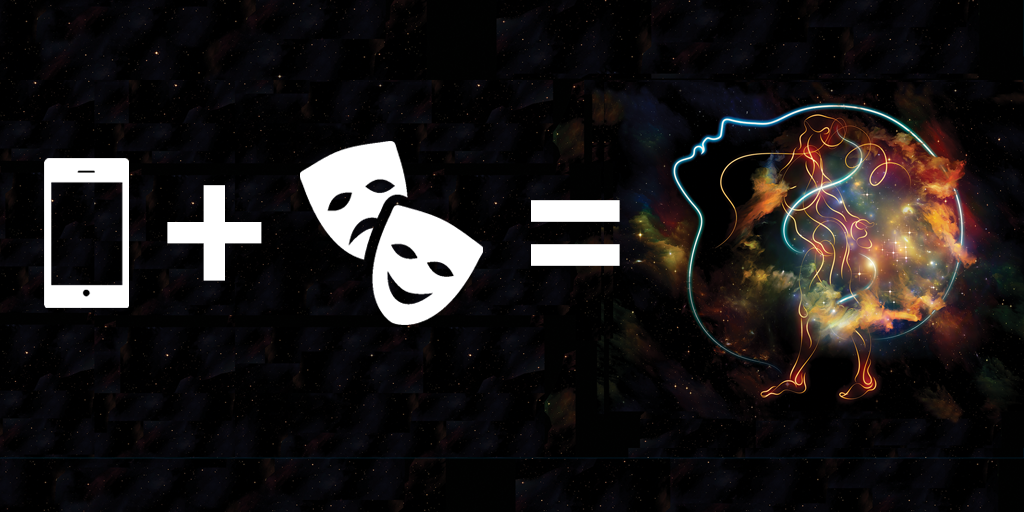 The making of a mobile app for theatre

When we first looked at this project we wanted to see how the mobile phone could enhance the audience’s experience of a production – giving the extra dimension of being able to hear what the characters were thinking as well as their spoken dialogue.

One of the aims of this project has been to connect young people with the inner lives and memories of the elderly that they might not ordinarily imagine. As we have been interviewing elderly people for their stories for the script, we wanted to present these stories in a way that might engage with a young audience. So using an app on a smartphone felt like a good fit for this project.

In terms of creating the app, we initially engaged with students at Wimbledon College Art (part of the University of the Arts London). The aim was to create an app that the students would naturally use and have input into the design of the app based on their own experiences. Through discussions we worked with them to come up with a user flow for the app. The user flow allows us to see how the user or audience member will interact with the app – what button will progress them to the next screen or take them back to another. This can then inform us when we create the wireframes for the actual screens. 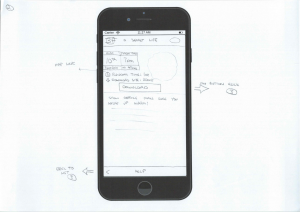 Once we had the user flow mapped out, the students then worked on the interface of the screen wireframess. Essentially, what did we want to show on the screens? If the audience member clicks a button what happens?

Finally they were written up and the design and the programming could commence.

One of the decisions you need to make when developing a mobile app is if you are going to write a native, hybrid or web based app. We decided to make a native app – this would mean we would have to develop two apps, 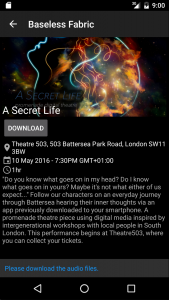 one for Android and one for Apple iOS but then we would have much more control over how the app functioned. So the two apps were created and submitted to Apple & Android for review. Once they were accepted we could run through the final testing to verify everything worked ok and submit any bug fixes before the performances!