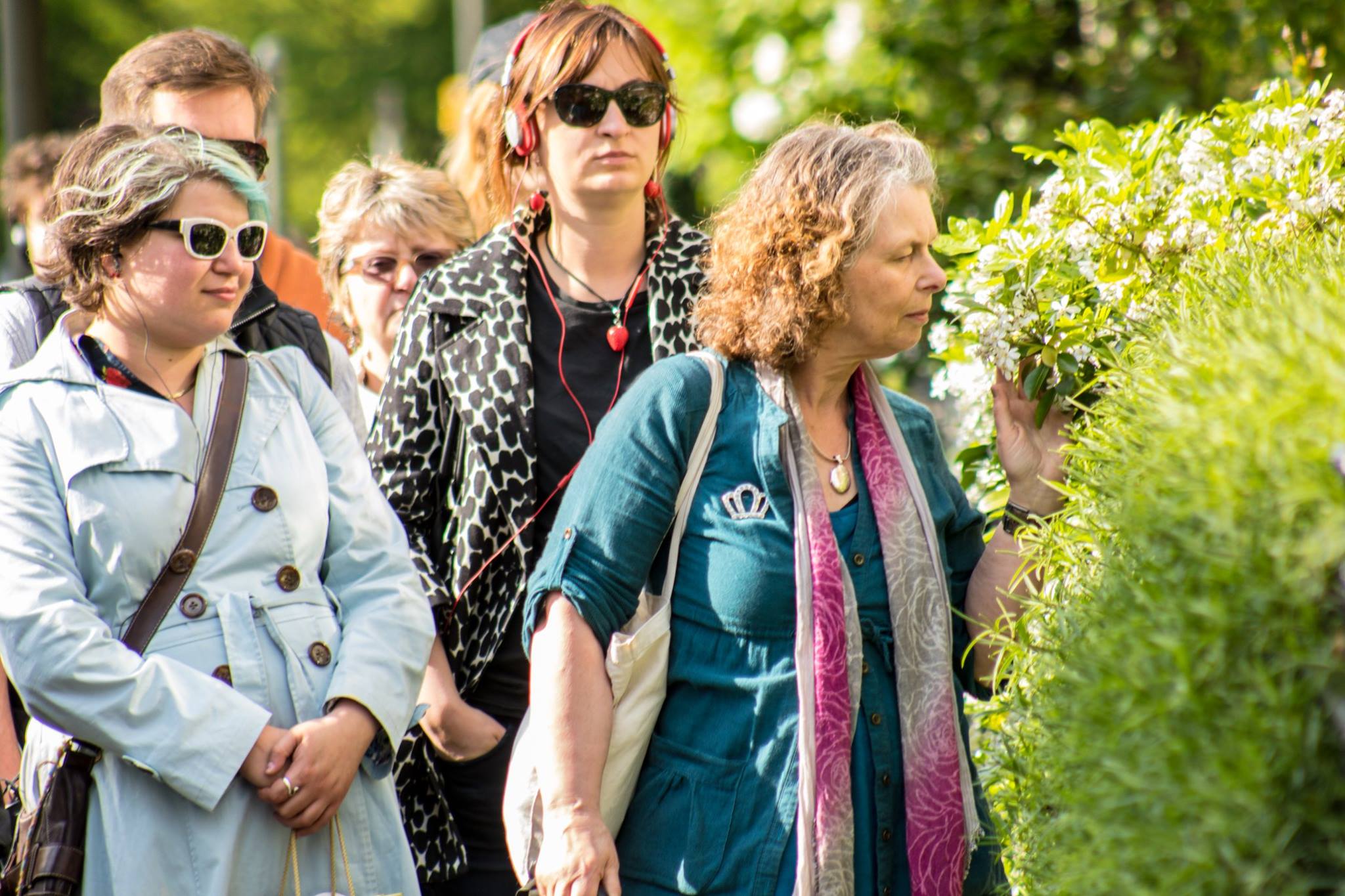 First came the unconventional order in which things had to be done. The play’s different elements (text, physical journey, digital) had to be rehearsed first apart and then together, focusing on each one separately and then looking at how they all combine to tell a story. At times there was a feeling we were doing things back to front, especially from the actors’ perspective, but in the same way that deciding on the route the play would follow had to precede the final script, so the recording, editing and treating of the audio content had to come before the rehearsal of exact physical action, and the all-important (and for this project ongoing) ‘technical rehearsals’ had to happen alongside the sessions working on characters’ relationships, events and intentions. This way of working meant the actors had to dive in head first and make choices that in a traditional rehearsal context they might not have been required to make until a few weeks in, as well as demanding exactitude and precision, challenges that our cast rose to with good humour and determination.

Then came the reality of needing to be both indoors, doing character and scene work, testing and troubleshooting tech, rehearsing in location, as well as outdoors, trailing the steps of our characters through Battersea, all in the same day’s rehearsal. If by chance you have been in the area surrounding Theatre 503 in the past couple of weeks, you have very likely bumped into some or all of us, headphones in, scripts and smartphones in hand, sometimes on foot, sometimes on the bus and sometimes sitting in a cafe, always carrying a multitude of bags. And if the locals thought what we were up to was a little bit strange, they were too polite to comment. (Well apart from the friendly old man who stopped Joanna and our student volunteer Cecilija, asking “well, what are you ladies up to?”, whilst they were filming the route and timing script sections along the journey one day. Lovely that the local man was interested, even though stopping to talk to him meant that they had to go all the way back to the beginning of timing that particular section…)

Rehearsing ‘A Secret Life’ has been a game of negotiating various technical considerations, the needs of the cast and the careful planning of the audience experience moment to moment, all in the name of story.