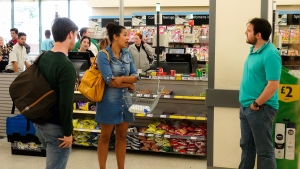 We received funding from the Arts Council, Philip Bates Trust and The Humphrey Richardson Taylor Charitable Trust to create the full production of a new opera by Greg Harradine ‘Drifting Dragons’ in town centre locations across the borough of Merton during summer 2016 and also at the Grimeborn Festival at the Arcola Theatre.

You can see a sneak peek of the show in the video by clicking here. 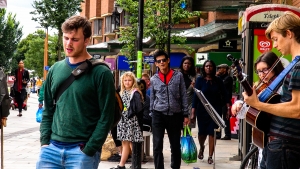 Sadie is the red dragon. Jason is the green dragon. It’s been that way since nursery. But now as they edge towards their late twenties, their lives pull them in different directions. Will their friendship suffer a final, fatal rupture, or endure stronger than ever? Inspired by real issues of real Merton people we’ve spoken to, this new opera puts modern friendship under the microscope, examining the pressures that push some relationships to breaking point, and the joys that sustain others despite the odds.

Drifting Dragons is an opera about everyday life that was performed in everyday locations along the high street. The free unticketed performances took place on the street. 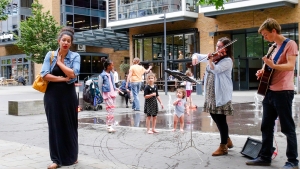 Brilliantly clever staging around Dalston Square with a fountain and a bus stop acting as the perfect performance spot.-

, Everything Theatre
This is a unique company that create unique experiences-

, Everything Theatre
A beautiful ode to friendship between changing lives. With a relatable storyline and excellent performances, it is an ideal public opera.-

, Theatre Bubble
The music, while unconventionally bare and folk-like for opera, is beautiful – tonal and melodious.-

, Theatre Bubble
The staging of this production, directed by Joanna Turner, is fantastic-

Blog Posts from the show

Our Supporters for this Production 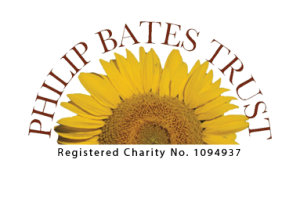