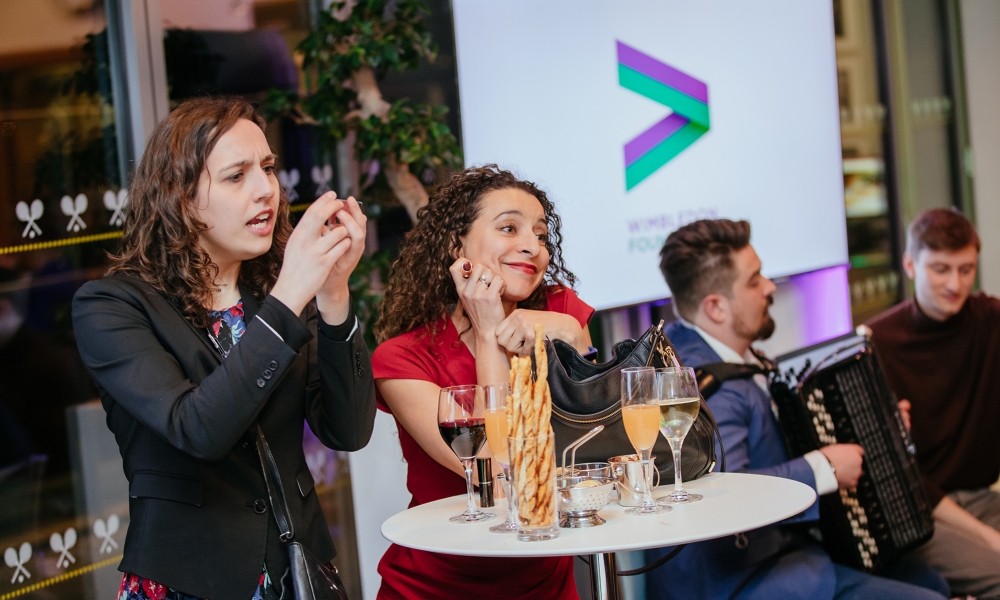 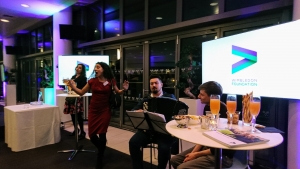 Two girls catch the eye of two good looking guys across a crowded room at a party and fuelled by a couple of glasses of wine and having checked their make-up decide to go over and chat to them. A scene that happens all the time across many a crowded room. Except that this time our two girls were Fiordiligi and Dorabella singing a duet from Mozart’s Cosi Fan Tutte from Baseless Fabric’s new adaptation with arrangement by Leo Geyer and libretto by Joanna Turner.

END_OF_DOCUMENT_TOKEN_TO_BE_REPLACED 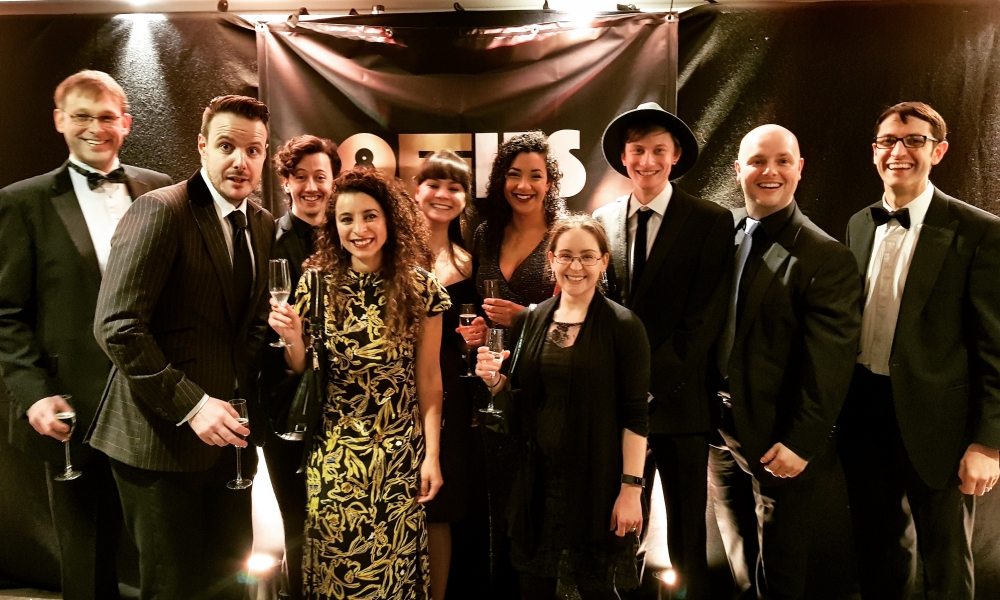 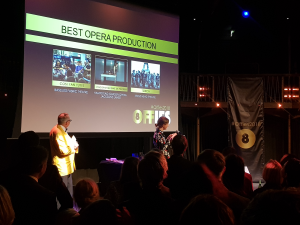 Last Sunday night Team Cosi Fan Tutte donned their sparkly dresses and tux for the Off West End Awards at The Albany Theatre where we were a finalist for the Best Opera Production award! We were delighted so many of the original team could make it and had a fantastic night catching up on everyone’s news over champagne and canapés!

END_OF_DOCUMENT_TOKEN_TO_BE_REPLACED 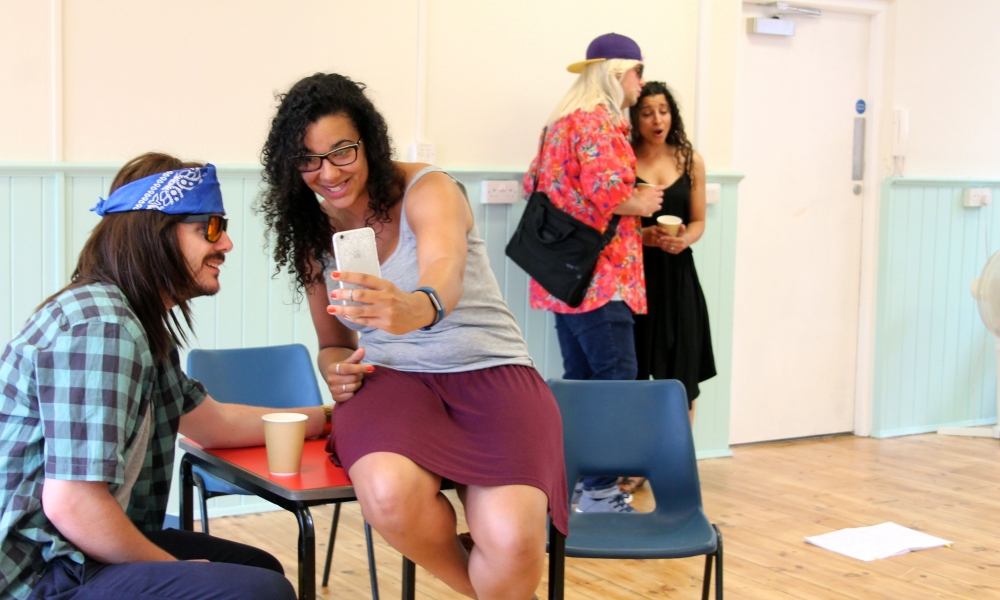 Excited about singing in the supermarket? We ask our Cosi cast…. 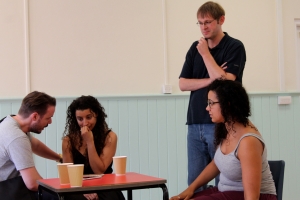 James, our Stage Manager, interviewed our singers and instrumentalists of the Cosi Fan Tutte Street opera in rehearsals this week…

What is your favourite opera or composer?

Tom Stoddart (Guglielmo):  “Favourite composer, Mahler, who never wrote any operas or Tchaikovsky. And my favourite opera is Eugene Onegin by Tchaikovsky.”

Simon Gfeller (Ferrando): “Favourite composer I think Mozart. But it’s generally the opera I’m doing at the moment as I fall in love really quickly with what I’m doing.”

Philip Smith (Don Alfonso): “La Bohème by Puccini would be my favourite opera quickly followed by quite a lot of Britten”

Claire Wild (Fiordiligi): “One of my favourite operas is Don Giovanni actually, Mozart. But I love La Bohème as well.” END_OF_DOCUMENT_TOKEN_TO_BE_REPLACED 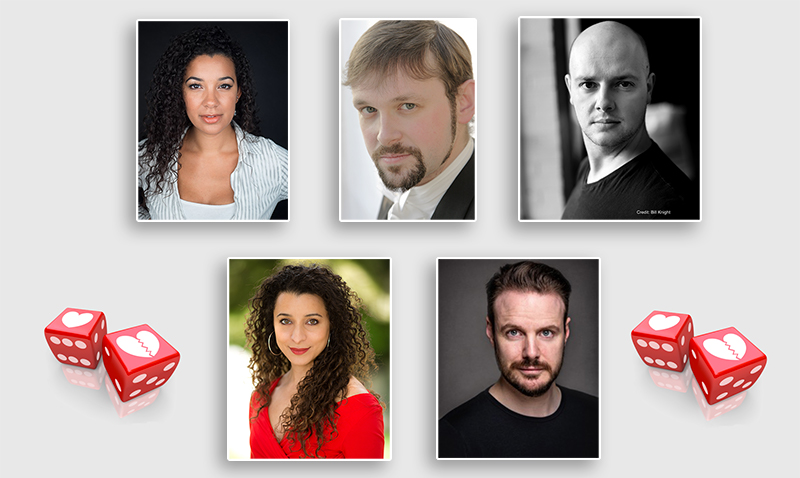 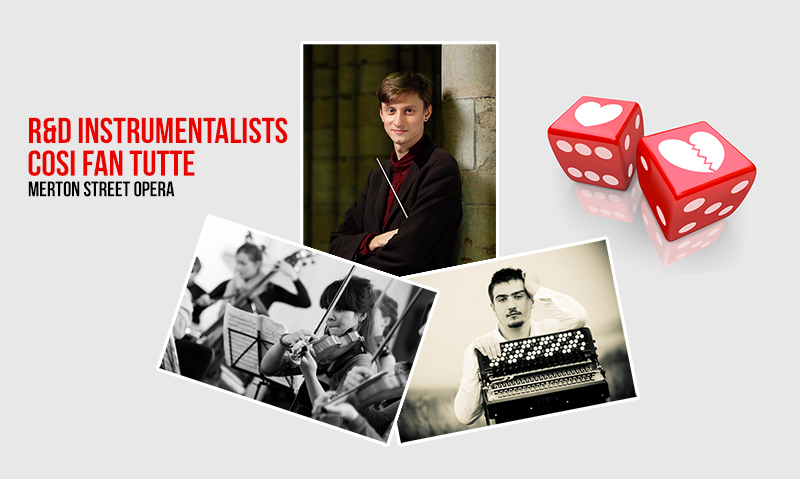 Leo Geyer studied composition and conducting at Manchester University, the Royal Northern College of Music and the Vienna University of Music and Performing Arts. Leo’s music has been performed worldwide and broadcast on BBC Radio 3. Leo has had particular success with his theatrical works including his opera The Mermaid of Zennor which was described by The Times as “imaginative and beautifully shaped.” Recent projects include works for the BBC Singers, Opera North and the Rambert Dance Company. Leo currently works at the Royal Opera House as a Cover Conductor for The Royal Ballet. He is also conductor for Wimbledon Symphony Orchestra, Music Director for EMG Symphony Orchestar and Artistic Director for Constella OperaBallet. Recent guest conducting performances include the Manchester Camerata, Psappha Ensemble and the New York based group Ensemble 212. www.leogeyer.co.uk. END_OF_DOCUMENT_TOKEN_TO_BE_REPLACED