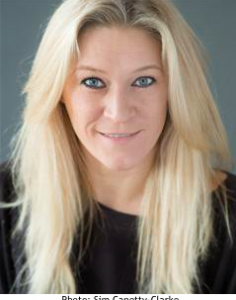 Marie Blount studied drama at Royal Holloway University of London and trained at  Drama Studio London. Her previous theatre credits include work at: The Pleasance, Theatre 503, The National Theatre (Inside Out Festival), The White Bear, Madame JoJo’s, The Edinburgh Fringe Festival and The Romanian International Theatre Festival. She co-directed, wrote and acted with a comedy theatre company, Peeled Over, for several years.

She has worked with ensemble theatre companies such as Tangled Feet, Ladder To The Moon and The Laugher Unit. Marie directs regularly as a co-founder for a children’s theatre company.