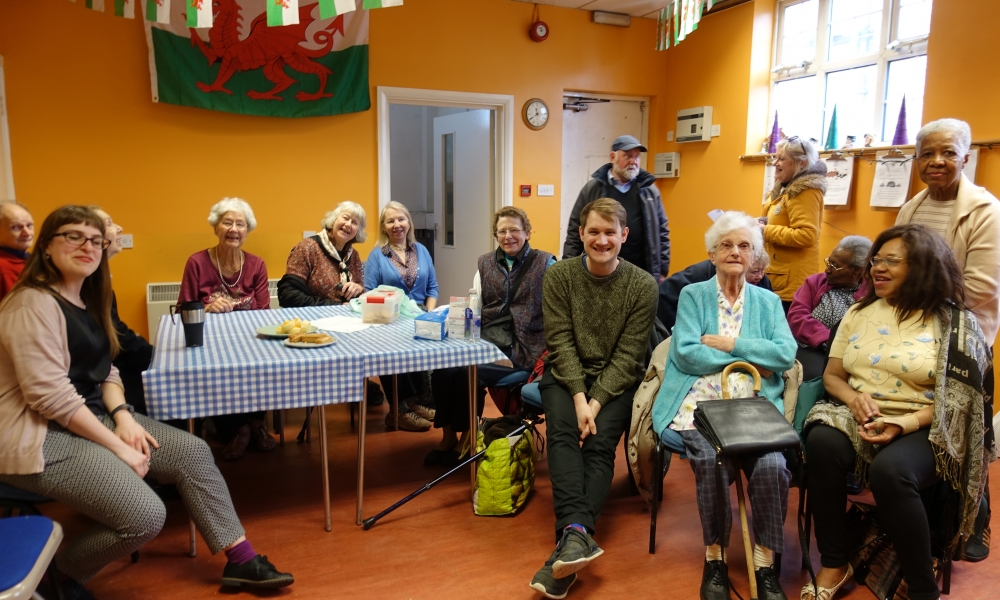 We asked our session leaders to tell us what their favourite moment was: 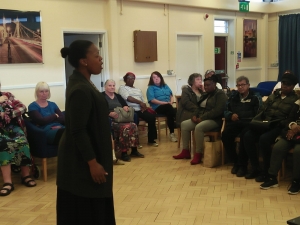 Abigail at the Commonside Trust

“I had two moments that stood out. Some of our audience members spontaneously began singing music hall songs at the end of the New Horizon Centre session, and it led to a joyous impromptu group sing along! We also had such great discussions and Q&A sessions at the end of each visit. The one that really stayed with me was at Age UK Merton where, after lengthy discussions about the life and training of the opera singer, an audience member asked about the place of women in traditional opera. We then had a great conversation about the changes happening in opera, and the need to challenge the gender expectations written into the works that make up the operatic canon. It just goes to show that contemporary retellings of opera brings the subject matter closer to the concerns of the current audience!” 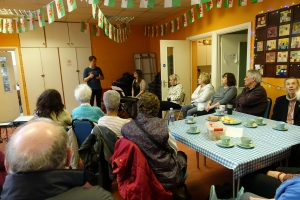 “The moment that really stuck out for me was a lady sat at the front who was quiet the whole session who, when I started singing Bernstein, sang along for the whole piece, word for word, and was weeping through it. It was incredibly touching to see her memories of the piece writ-large on her face.

I think they very much enjoyed the juxtaposition between a “traditional” translation with the updated version. We even managed to get them singing along to the champagne chorus words briefly! (at Merton & Morden Guild)” 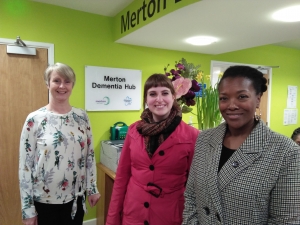 Abigail & Juliane at the Alzheimer’s Society

“I was struck by how much people really enjoyed hearing the singers perform (they wanted more of it!) – and on both occasions, one or two listeners were particularly moved on hearing O Mio Babbino Caro. Inspired by what they had heard, there were also questions from people sounding as if they were looking for opportunities to sing themselves, which gave me an opening to mention community choruses like we have in Wimbledon but are all over the place. Abigail mentioned that of course there’s also the option of taking singing lessons – age is no barrier!”

“The main thing I enjoyed was when people spontaneously burst into song inspired by our singer – we heard opera humming, opera laughing in response to Adele’s laughing song and music hall singing. It was lovely and the joy of song and the power of the music and the emotions in opera music was talked about, which was wonderful.” 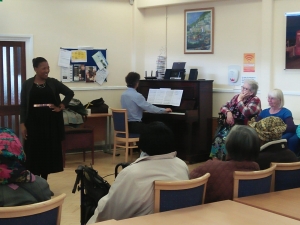 “Taking part in opera workshops for the elderly with Baseless Fabric Theatre has been such a lovely experience. It is heartening to work with an organisation that takes opera out to those who may not be able to get to a performance.

I thoroughly enjoyed my chats with the participants, hearing about what some of their favourite operas were and discussing what being an opera singer and professional musician is like. The organisations that we went into were so welcoming and appreciative of our time and I was particularly thrilled to be serenaded by a couple of the participants too!”

“I enjoyed talking to one lady who said that when she’d been living in South Africa she had made a great effort to go to the opera and any concerts and when she got back to the UK she went and saw “Die MeisterSinger” which she found very inspiring.

“I’ve heard that song (*o Mio babbino caro) so many times, but that was amazing – so beautiful and powerful, and without a microphone”.

“I had no idea what that was about until you explained it. I’ll always think of what it means now”.

Also, 3 members of the audience were heard singing as they put on their coats. A rather lovely “baritone” said he hopes that we’ll come back as his wife loves opera and she was ill today and missed it.

We’re so glad everyone enjoyed the sessions and can’t wait to be running more in September!

If you run a lunch club or group for the elderly in Wandsworth or Merton and would be interested in one of our sessions then please do get in touch.