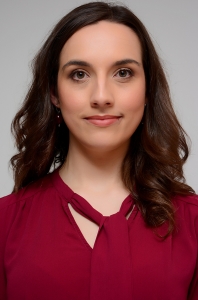 Rachel Maby is a mezzo-soprano from London, who is currently studying on a Masters Degree in classical vocal performance at Trinity Laban Conservatoire of Music and Dance. She previously trained on the Joint Course at the Royal Northern College of Music and University of Manchester. Prior to her undergraduate training she completed the two year jazz course at the Royal Academy of Music Saturday programme. She combines her love and knowledge of classical, jazz and contemporary in the music she performs.

She is also an experienced opera singer, with notable roles including Enfant in L’enfant et les sortileges by Ravel, Dorabella in Cosi fan tutte by Mozart, Cupid in Venus and Adonis by Blow, Mallika in Lakmé by Délibes and ‘Jou Jou’ in The Merry Widow by Léhar. She has performed at opera festivals, such as Tête à Tête and Grimeborn, and at acclaimed performance venues, such as Lidbury Theatre, Arts Theatre, the Forge, Nottingham Concert Hall, Cosmo Rodewald Concert Hall and King’s Place.

This July she will perform the role of Lucretia in The Rape of Lucretia by Benjamin Britten at Stratford Circus. For more information regarding upcoming performances, please visit her website: www.rachelmaby.com