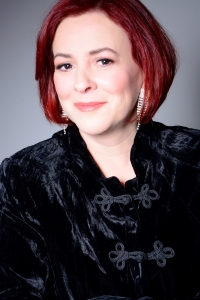 Elspeth has worked with BBC Wales, Royal Ballet, Royal Shakespeare Company and Southbank Sinfonia and has performed for HRH The Princess Royal. She also performs regularly for the charities Lost Chord Foundation and Music in Hospitals working with people suffering from dementia.

Elspeth is the conductor of Thurrock Choral Society and assistant conductor of Barnes Choir and is a member of the Bridgetower Ensemble.