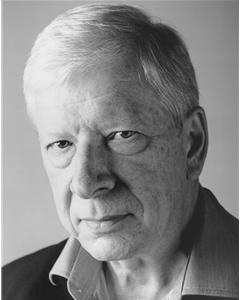 David is appearing in In The Bar Of A Tokyo Hotel by Tennessee Williams at the Charing Cross Theatre. After the run of Tokyo Hotel he will be playing Monsieur Maingot in French Without Tears at the Orange Tree and on a national tour. Other theatre includes Aladdin in Milton Keynes and Bristol Hippodrome, Sleeping Beauty at the Waterside, Aylesbury; The Woman in Black for GEST in Gothenburg and at the Stadsteater in Stockholm; The Widowing of Mrs Holroyd, The Thunderbolt, Mary Goes First, A Journey to London, Double Double, Trifles, Sauce for the Goose, King Lear, Magnificence at the Orange Tree Theatre; Pride and Prejudice, Romeo and Juliet, Twelfth Night, Much Ado About Nothing, A Midsummer Night’s Dream, Henry V, As You Like It, The Dark Lady of the Sonnets, Love’s Labours Lost, at Regent’s Park Open Air Theatre; Vieux Carre at the Charing Cross; London Wall at the Finborough and St James Theatre; Rigor Mortis at the Finborough; The Second Mrs Tanqueray at the Rose Theatre Kingston; London Assurance at the National Theatre; Wuthering Heights at Birmingham Rep and The Mousetrap at St Martin’s Theatre.