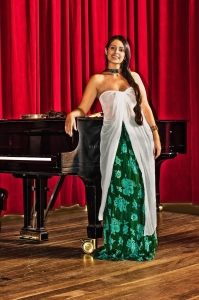 Pianist, researcher and educator dedicated to contemporary music. Carla holds a Master’s Degree in Music Performance & Related Studies – Goldsmiths University of London. She was executive director of the social organization Amazonart UK, where she developed social, cultural and educational projects in England and Brazil. Between 2006 and 2012 Carla worked for the British scheme Live Music Now in London, a cultural institution founded by Yehudi Menuhin where she gave workshops and concerts of Brazilian music throughout England, Ireland and the Arab Emirates. In 2012, she won the Funarte Prize with the project “Multiplying Brazilian Music in the Amazon”, where she began the plans to bring the piano to the riverside communities of the Amazon. In 2017 she carried out her first project, a film documentary and a CD called “A Piano in the Amazon” winner of several awards at film festivals in USA, Brazil, Finland and Morocco.