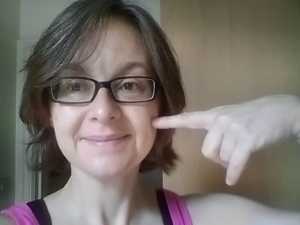 Astrid Hilne was General Manager for Baseless Fabric Theatre between 2018 and 2019 and has been a professional theatre practitioner since 1986. Her theatre producing and directing credits include work at the Gate Theatre, Lyric Hammersmith Studio, Bridewell Theatre, Young Vic Studio and Royal National Theatre in London.

In the UK she has produced and directed (and translated) tours of new work and foreign classics to art centres and festivals. Astrid has also worked for Chichester Festival Theatre, Bath Theatre Royal and West Sussex County Youth Theatre. Further afield she has directed and lectured at Athens University, Ohio, USA, performed and directed in France and collaborated with Iindiza Theatre Company, in South Africa and the UK.

In 2002 Astrid added storytelling to her theatre practice, working in schools, libraries, museums, historic buildings and outdoor festivals. Since 2011, she has created and produced several Pop-up Performances for families for the V&A Museum.